You are here: Home1 / Culture2 / Poems of the Mid-Autumn Moon 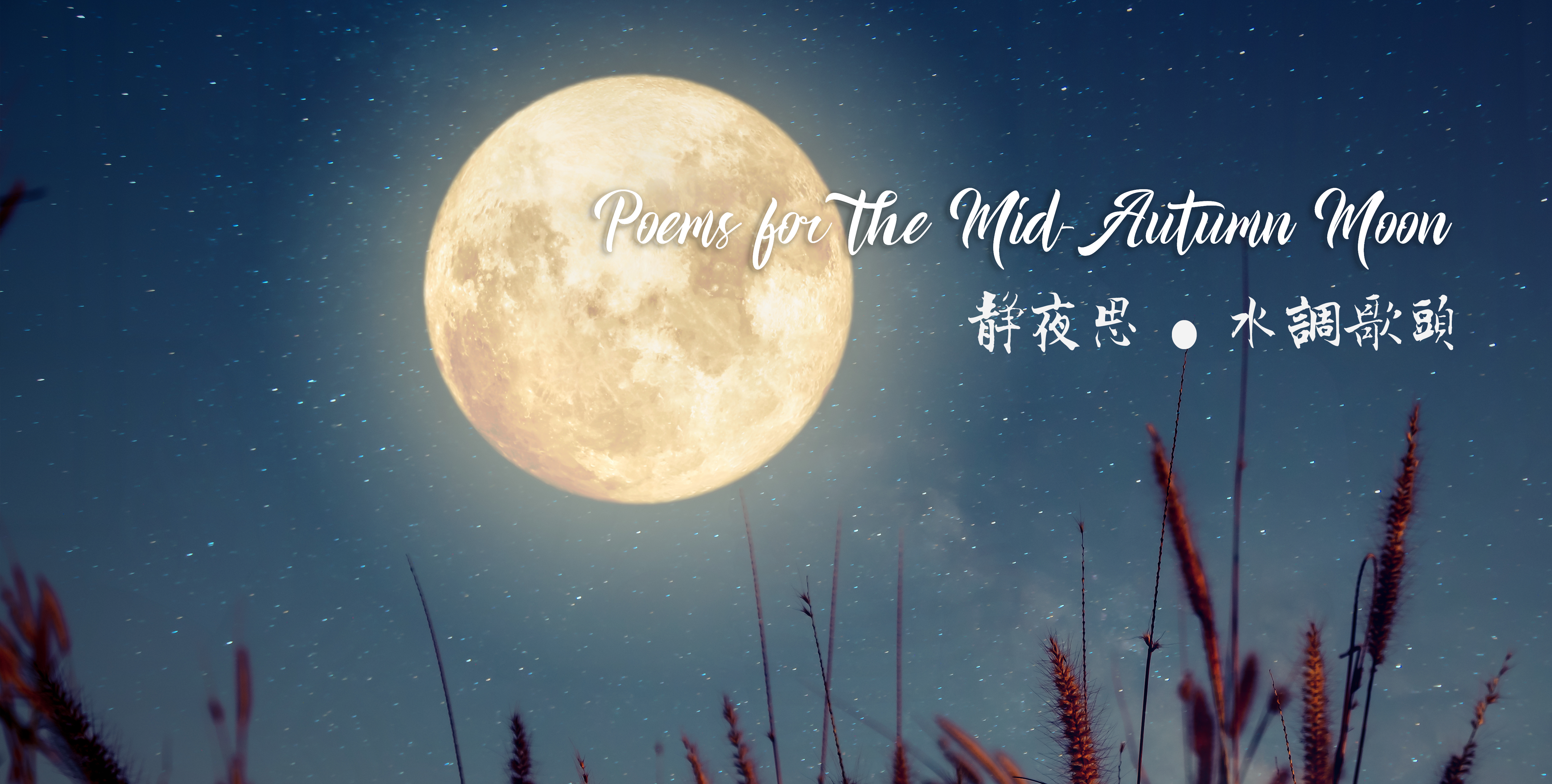 The Mid-Autumn Festival (zhongqiu – 中秋節), also known as the Moon Festival or Mooncake Festival), is here again. It takes place on the 15th day of the 8th month in the Lunar calendar, when the moon is supposedly the fullest and brightest.  It is a traditional festival celebrated in Chinese culture and many Asian culture share the tradition.   The origins of the festival derive from the custom of moon worship.  You may refer to our blog post to learn more.

Chinese people is immensely fond of the Moon.  Well, firstly, don’t forget that the Lunar calendar is a calendar based on the monthly cycles of the Moon’s phases, in contrast to solar calendars. Secondly, it is the subject of many legends in Chinese mythology.  Thirdly, the moon represents gentleness and brightness. A full moon, due to its round shape, is a symbol of peace, luck, prosperity and unity.  It symbolizes family reunion – with the ability to indicate a sense of belonging and family connection no matter where the family members may be.

Many are drawn to its mystery and charm – painters, songwriters and poets alike.  For most of history, the moon had been people’s major night time source of light. It help travellers navigated and allowed people to work.  Unsurprisingly, the moon is said to be very “romantic & soft” which we also see it as a carrier of human emotions. It associates to a pure, open, and devoted love as we can find in many songs. For example, in the classical tune “The Moon Represents My Heart” (月亮代表我的心) — this song is often cited as “one of the most famous and beloved Chinese songs of all time.”  Another example would be “The Bright Moon Sends My Love From a Thousand Miles (明月千里寄相思) – just by looking at the song title, you know what I mean, right?

Let’s go back to our main topic today, poems.  Many poets, since the 5th century, have praised to the pure moon of mid-autumn night and given words to their feelings.   In the following, I have selected the two most acclaimed, well-known poems about the Mid-Autumn moon.  More specifically, one is Tang Shi 唐詩 and the other one is Sung Ci 宋詞.

Translation :
Bright moonlight before my bed
I wonder if it is frost on the ground
Looking up to see the moon
Looking down I miss my hometown

About the Poem: Although this poem is written in the 8th century, 99% of Chinese learn this poem when they were young. Li Bai was describing this Mid-Autumn moon which is so bright which often keeps you awake.  If one is separated from loved ones or families, you know that they are also viewing the same moon.  You long to be with them and that’s where the connection with the moon is built.   This poem perfectly captures the feeling of being homesick

Poet Brief: Known as the “Immortal Poet,” (詩仙), Li Bai (701–762) is considered one of the most prolific poets in China. He was the epitome of the classic Tang Dynasty poetry (tang shi).

Prelude to Water Melody – The Mid-Autumn 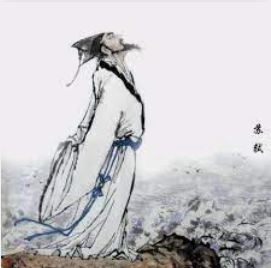 Translation by Chen Zihong:
When will I have the brilliant moonlight?
So ask the sky above, raising the wine cup.
In havelis of heaven, I wonder
which year it is this evening?
On wings of wind, I need to go there,
but my worry that it’s too cold
in those gorgeous des reses.
Dancing to my lonesome, or
whatever it called the worldly life?

It turned across the scarlet garret,
and hung low on the carved windows,
illuminating my mind sleepless.
There shouldn’t be any mean thing, but
why the full moon we’re just parting?
With people, the vicissitudes of life,
with moon, waning and waxing,
these things are never fulfilling.
Wishing everything goes well with us,
with beautiful moon however we’re apart.

About the Poem: This might be the best poem on the Mid-Autumn.  This is was written by Su Shi in 1076 on the Mid-Autumn day (Sung Dynasty).  The poet could not sleep; so he was gazing at the moon, drinking, thinking of his life and missing his brother who he had not seen in 5 years.

Poet Brief: A poet, politician, writer, calligrapher, painter and aesthetic theorist, Su Shi was the pre-eminent scholar of the Song dynasty.  In the heart of most Chinese people, he is like “Chinese Da Vinci.’  Su Shi is regarded as one of the eight great prose masters of the Tang and Song, and one of the four Song masters of calligraphy.

Tranquil Night Thought is one of Li’s shi poems, structured as a single quatrain in five-character  regulated verse (Jintishi) (近體詩) or “modern-form poetry.” It is a development within Classical Chinese poetry of the shi (poem) main formal type. Regulated verse is one of the most important of all Classical Chinese poetry types. All regulated verse forms are rhymed on the even lines, with one rhyme being used throughout the poem. Also, and definitionally, the tonal profile of the poem is controlled (that is, “regulated”).  This poem has a simple AABA rhyme scheme. It is short and direct in accordance with the guidelines for shi poetry, and cannot be conceived as purely a personal poem, but as a poem relatable to all those detached from their hometowns out of obligation.

Ci (詞), also known as ‘lines of irregular lengths,’ is a type of lyric poetry which had its peak during the Song Dynasty. It’s rhythmic, and the tonal patterns are based on the tunes of certain definitive musical song tunes. The one written by Su Shi on the moon festival is to the tune of “Prelude to Water Melody (shuǐ diào gē tóu).”  No one knows how Song Ci(宋词) used to be sung with predefined music but a very famous pop song, “Wishing Longevity” 但愿人长久 used this poem as its lyric and which should give you some idea of how this poem played the old way.

Hope you enjoy the two masterpieces of Mid-Autumn poems written a few thousand years ago.  They not only reflect the magnificent charm of traditional Chinese literature but everylasting popularity in the modern days.  I did not go into further detail but tf you are interested to learn more about Classical Chinese, Chinese poetry or Chinese in general, please feel free to contact Immerse Languages school administration.  Last but not least, “May we live long and share the beauty of the moon together, even if we are hundreds of miles apart,” as Su Shi said in the poem.