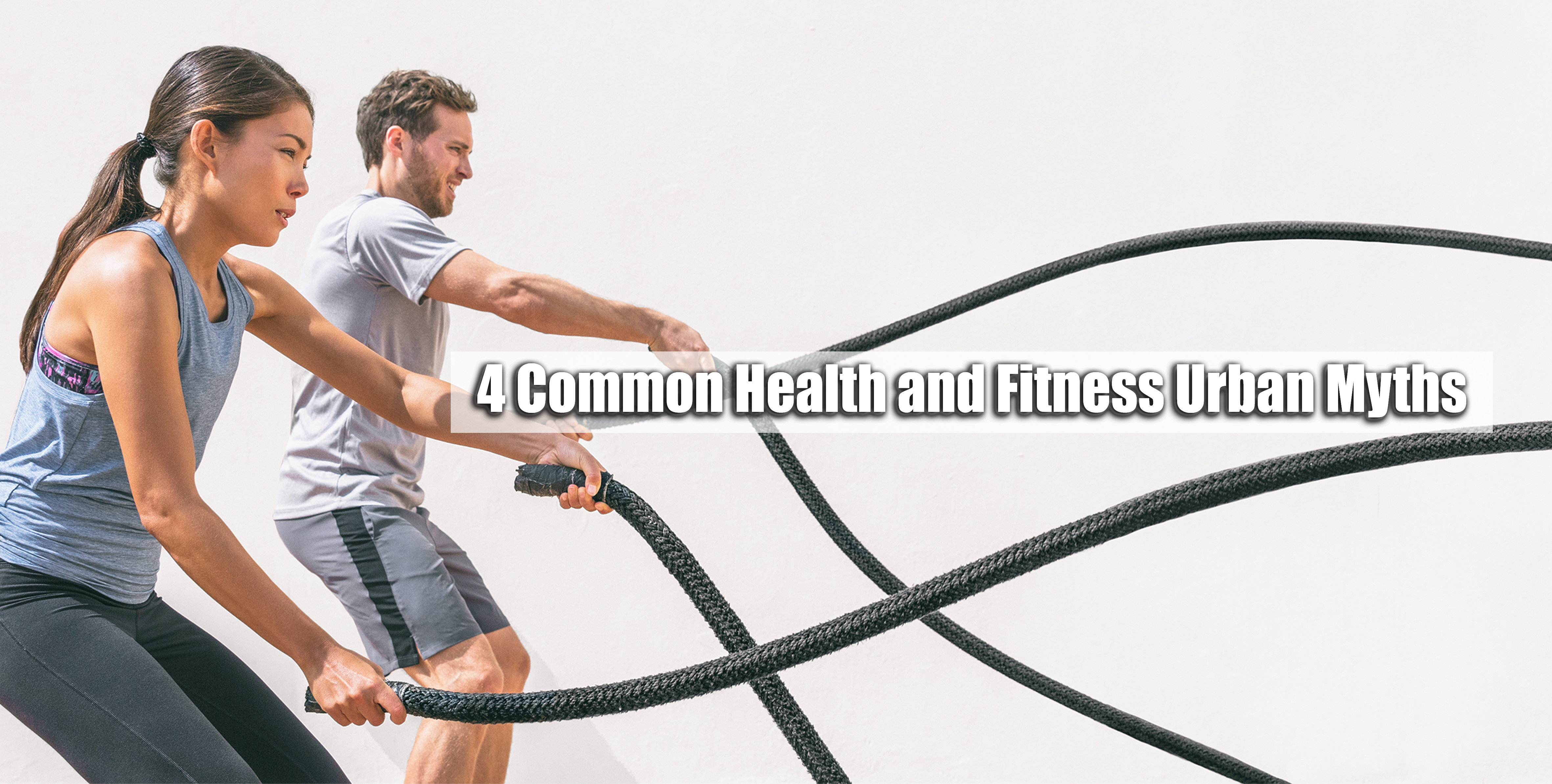 I shall begin by explaining what an urban myth is. It’s basically a story or statement that we have read or been taught and so believe it to be true, especially when we see or hear it repeated in or from reliable sources. My favourite example is the belief that the Great Wall of China can be seen from space. I remember being taught this at school and seeing it often listed as a ‘did you know’ fact. However, if you think about it logically, the Great Wall is no wider than a normal road and how many roads can be seen from space!

Urban Myths are actually quite common, but the focus of this blog is going to be on some common ones found in the world of health and fitness. The following are often believed, so I will explain how they can be debunked.

or crunches with the help of their gadget, your belly will shrink to the point where you will have a six-pack or flat stomach just like the athletes or models in the promotional video or advert. Well, the problem is you can’t spot reduced fat. Doing tons of sit-ups won’t burn stomach fat. In fact, the opposite could happen if you develop your ab muscles to the point where they push the fat above them further out. The only way to reduce belly fat is to get your nutrition in check. You need to achieve a caloric deficit, which means eating or drinking fewer calories than you burn. For a lot of people that is easier said than done, which can make it extremely difficult.

On top of this, there is another problem: fat loss occurs on the face first and for men the belly is unfortunately last!

MYTH #2 Running on a treadmill will burn fat

Some people believe that running on a treadmill, especially in the morning after a heavy night out, will burn off calories and help them lose weight. 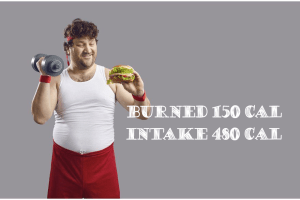 Unfortunately, this is not really the case. First, you have to consider that if you run for about an hour, you may burn off around 300 calories. This of course depends on how you push yourself when you run and whether or not you cheat, for example, by holding on to the machine in some way as this reduces effective calorie burn. Then you have to consider how the treadmill is calibrated. If it doesn’t ask for your weight and height, then you can be sure that the readings won’t be very accurate. Athletes who often halve what the machine says to them give a ballpark figure. On top of that, the machine does not deduct the calories you would have burnt if you had not been running.

However, where it all goes wrong for a lot of people is after they have finished running. They often feel hungry and end up eating some sugary snacks such as a sweet bun or a muffin, which can easily be over 500 calories. You can do the maths!

MYTH #3 All carbohydrates are bad if you want to lose weight!

If you asked people to name any carbogydrates or carbs for short, they would probably reply bread, potatos, pasta or rice.  If you told them that vegetables are also carbs, they would probably appear flummoxed. What most people don’t realise is that there are three main types of carbs: sugary, starchy and fibrous.

It’s the sugary carbs that are bad and should be avoided if you want to lose weight because they tend to be high in calories. Again, this is easier said than done because generally they taste very good because of the sugar they contain and are moreish. They include sweet buns, white bread, cakes, donuts, cookies and biscuits to name a few.

Starchy carbs can also be a problem because they can be not only moreish but also satiating. You just want to keep on eating them. They include French fries, crisps, potatoes, pasta and rice. Fibrous carbs, on the other hand, are good because they tend to be less calorie dense, but they often get neglected. They include fruit and vegetables such as tomatoes, broccoli, broad beans, bok choy, sprouts, bananas and oranges.

A good rule of thumb to follow if you want an easy way to lose and manage your weight is to divide your plate roughly into thirds and fill those with your protein, starchy carbs and fibrous carbs. Another tip is to slightly adjust your carbs so that the ratio of fibrous carbs to starchy carbs is 2:1. This is easy to do at home but very difficult to do when you eat out. Some restaurants tend to fill your plate with 80 – 90% starchy carbs such as rice or pasta because they are cheap. It can be so bad that the meat is just like a garnish on top!

How many times have you heard people, especially women, say I don’t want to lift weights when I exercise because I don’t want to get big muscles? The truth is that for 97% of the population, it is not so easy to build muscle. The other 3% that includes Arnold Schwarzenegger have those special genes that enable them to build big muscles by just lifting a toothbrush! Ok, slight exaggeration, but you get my point.

To build muscle you need to achieve hypertrophy. This involves stressing the muscles to the point where they basically become damaged and then need to repair themselves. In very simple terms, the repairs become new muscle growth. Your average person at the gym doesn’t push themselves to this limit. They just go through their standard, say, 3 sets of 12 with a comfortable weight, then wander off and do their next thing.

Therefore, you might want to re-consider and include some form of weight training in your exercise program if your goal is to lose weight.

I hope you have enjoyed reading this blog. This topic is just one of many that we discuss in our Conversational English classes. They are a great way to learn new words and expressions, make new friends and, above all, develop your confidence in speaking English. We have classes available during weekdays and Saturday. If you are interested in joining a class or finding out more information, just drop us a line 或 call us!