您现在的位置： 主页1 / Education2 / Why You Might Want to Consider Learning German 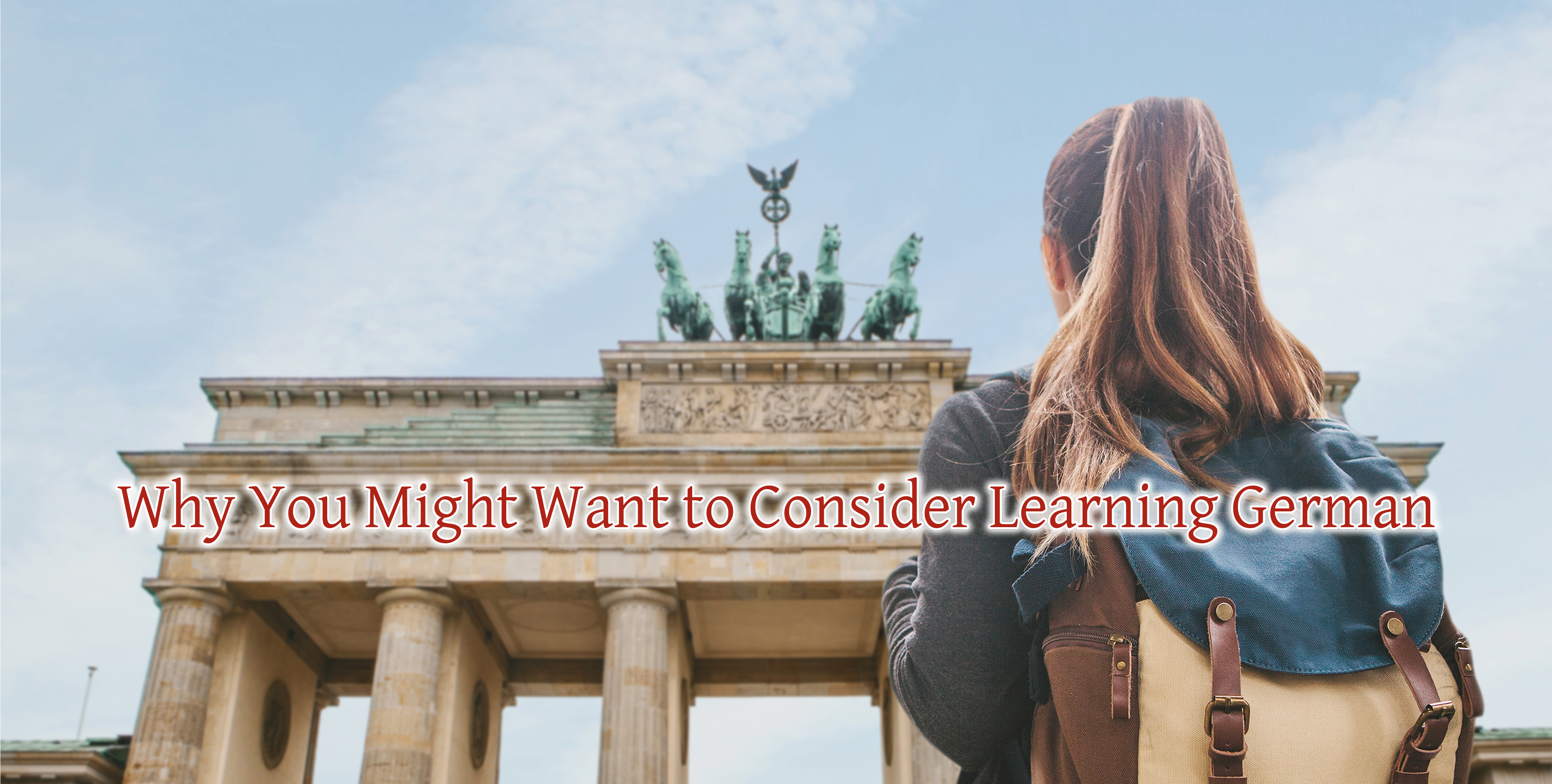 1. German is one of the major languages spoken in the world

German is the most spoken language within the European Union. It is the official language of Germany, Austria, and Liechtenstein and an officially recognized language in Belgium, Italy, Luxembourg, and Switzerland. In France,

German is the second most used language, due mainly to the very close Franco-German relationship within the EU.  German is also widely taught as a foreign language around the world, coming third in continental Europe behind English and French.

2. German comes from the same language family as English

German and English are both “West Germanic languages” and share a common ancestor. Many words in German sound similar or look almost the same as their English counterparts. In fact, over 26% of English words have shared roots with German. The following are good examples:

This is why German is one of the easiest languages to learn for English speakers!

3. Appreciation of German culture and intelligence

German has been very influential in the fields of philosophy, theology, science, and technology. It is one of the most widely used languages on

websites and is the second most commonly used scientific language. At one point during the 20th century, German was actually the official language of Science. In addition, one in ten books written internationally is in German, placing them third. German literature has been awarded Nobel Prizes. With German media corporations operating worldwide, German films have celebrated international success.

Therefore, mastering German will enable you to gain a better understanding of the culture and history of Germany. You’ll be able to understand more of their creative and thinking process by learning the language firsthand, instead of relying on translation. I am sure you know these world masters like Hesse, Goethe, Schiller, Luther, Nietzsche, Marx, Kant, Hegel, Heidegger, Freud, Bühler, Fromm, Mozart, Bach, Beethoven, Schubert, Brahms, Wagner, Mahler, Klimt.

4. Learning German opens the door to learning other Germanic languages

Danish, Norwegian, Swedish, and Dutch are all Germanic languages and therefore should prove less challenging to learn as a result. Our exchange programs such as CEEPUS or ERASMUS promote accessibility to German at an early age.

German is an important business language. Learning German will therefore increase your opportunities and chances in the global labour market.

German is one of the most important business languages in the EU and a bridge to Central and Eastern Europe. As a result, German companies abroad and foreign companies in Germany are always looking for experts with German language skills. Germany is a crucial trading partner for China, the US, and France. Currently, approximately 5000 German companies operate in China.

In addition, Germany has the world’s fourth biggest economy based on nominal gross domestic product and is an important trade partner around the globe. Having German language skills will boost your employability, as foreign language skills have become a top priority for many employers with German being high on the wish list. On top of being able to communicate with your business partners, you gain transferable skills, intercultural awareness, and confidence.

Germany has a long tradition of excellent universities. The country is renowned for its prestigious Science and Engineering degrees, which can open the door to great job opportunities. It has an impressive educational network with over 420 higher education and research institutions that include the renowned Max Planck Society (MPG), the Gottfried Wilhelm Leibniz Science Association (WGL), the German Research Foundation (DFG), the Fraunhofer Society (FhG) and the Hermann von Helmholtz Association of German Research Centers (HGF).

At most public universities, tuition for undergraduate students is free or relatively inexpensive, which has made it a popular destination for students from all over the globe. Germany actually ranks third on the scale of destination countries for studying abroad with over 350,000 foreign students. Those who want to study in Germany must have language skills in German or English. If you are only visiting for a term or two and are part of an international degree programme you might not need this, but it would be hugely beneficial to making your year abroad a success. The German Life Global can assist you with planning your stay.

There are 51 official world heritage sites in Germany. It’s a place of medieval towns, fairy tale castles and numerous sites of historical interest. Having the right language skills while traveling will make you feel much more relaxed and confident. With some basic German phrases, you will be able to order food, shop, ask for help, make travel arrangements, and connect with people more easily. Even though many Germans are happy to switch to English in social settings, not everyone can fully adjust; rather, they will really appreciate it if you make the effort to speak German.

Does Oktoberfest sound familiar? Sausages? How about BMW? Or the German Christmas Markets? From food and events, to globally renowned brands, German culture is widely recognized and, in some cases, has been adopted around the world. It is a force to be reckoned with. By learning the language, you will start to become part of this culture as well.

Another fun part of learning German is getting to enjoy German culinary traditions. People in Germany, Austria, and Switzerland love to have

All in all, there are countless reasons to learn German, and I would certainly encourage you to consider it. Why not take the first step and contact us to arrange a trial German lesson with no commitments? You never know, this could prove to be the start of a very enlightening and rewarding journey!