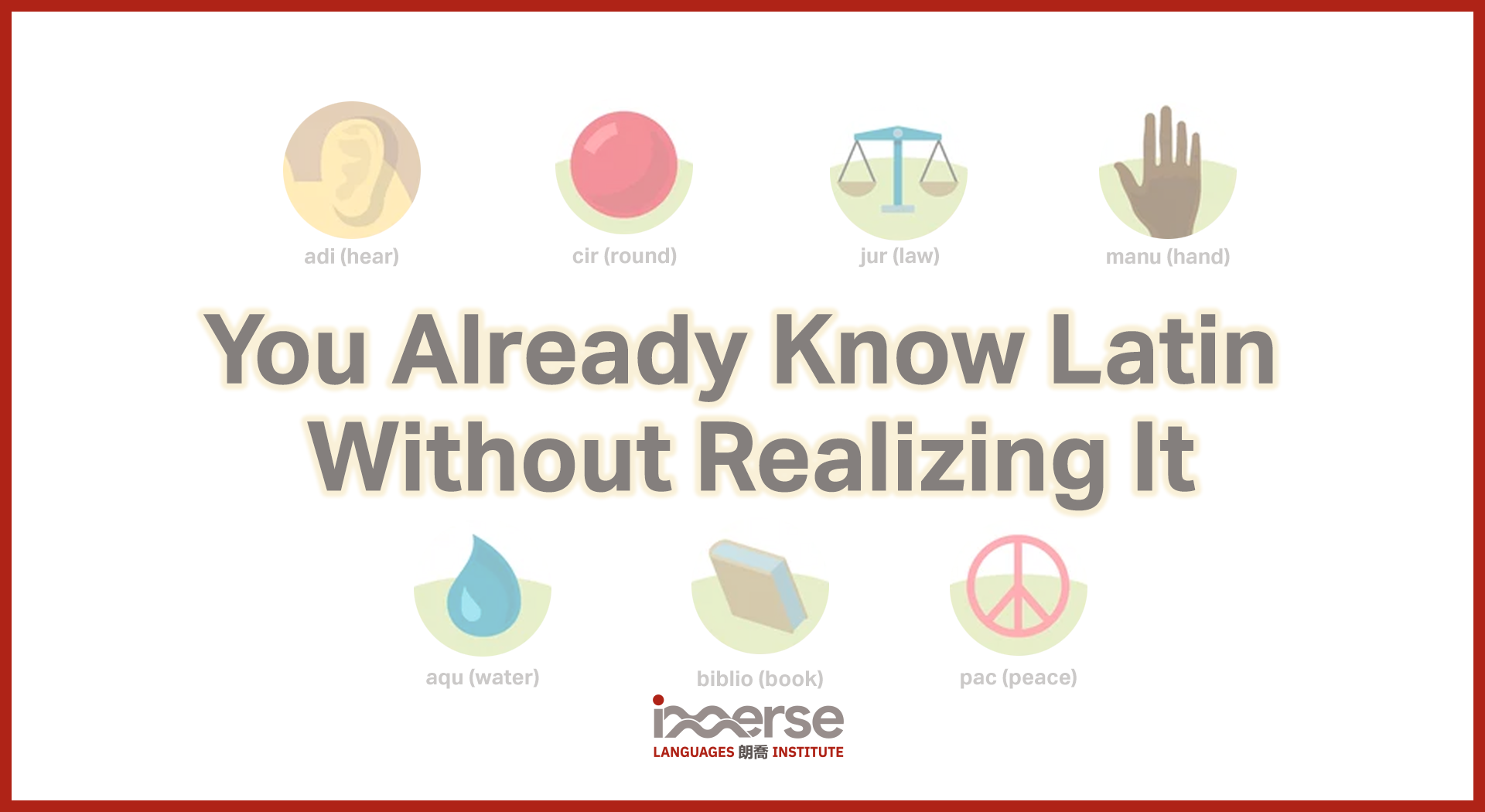 Many people ask me: “Isn’t Latin a dead language?” Well, it’s true that there’s no longer a community of native Latin speakers. But the language lives on in English, and in a small but growing community of enthusiasts who use it as a living language.

Latin in the English You Speak Everyday

Did you know that nearly two-thirds of English words come from Latin? It may surprise you to find out that many words you use in your daily life originated in Latin, such as butter, cheese, street, wine, and cook. It is literally impossible not to use Latin when speaking English. Studying Latin enriches your understanding of English and expands your linguistic horizons.

Learning Latin also helps demystify the meanings of many English words. For example:

Latin in Science, Law, and Academia

For over a thousand years, Latin was the language of law, science, and scholarship. Many legal terms are Latin, such as habeas corpus, alibi, bona fide, and quid pro quo. For students who are planning on going to law school, having a sound knowledge of Latin will help facilitate their grasp of these terms.

More than 90 percent of English vocabulary for the sciences and technology comes from Latin. The scientific names for all living creatures are comprised of Latin roots, prefixes, and suffixes. The most widely known scientific name is no exception: homo sapiens which means “wise human.” Looking to study medicine in university? Knowing Latin will help tremendously.

Indeed, the vast majority of academic vocabulary used in secondary school and university are derived from Latin. Students who are aware of the Latin roots of these words find them much more easy to learn.

Latin as a Spoken Language

Despite its absence of native speakers, Latin is very much alive, and with each passing year its community of speakers becomes more vibrant. On Youtube, for example, we can learn to cook in Latin with Coquamus, take historical tours of Ancient Rome in Minecraft in Latin with Divus Magister Craft, take a tour of the ancient Roman town of Herculaneum in Latin with Latinitium, or listen to Latin versions of Disney songs and pop songs with Scorpio Martianus. There are also Latin language workshops where participants are only allowed to speak the language and even in Hong Kong there is a monthly Latin meetup where everyone is encouraged to communicate in Latin.

At Immerse, I teach Latin with a communicative approach. The primary focus of my Cantonese lessons are on reading, which helps students learn grammar and vocabulary in context. But I also include some writing, listening, and speaking in order to help students acquire a natural feel for Latin and to make it more relatable.

If you would like to learn Latin with me, do not hesitate to contact us at Immerse and set up a trial lesson.